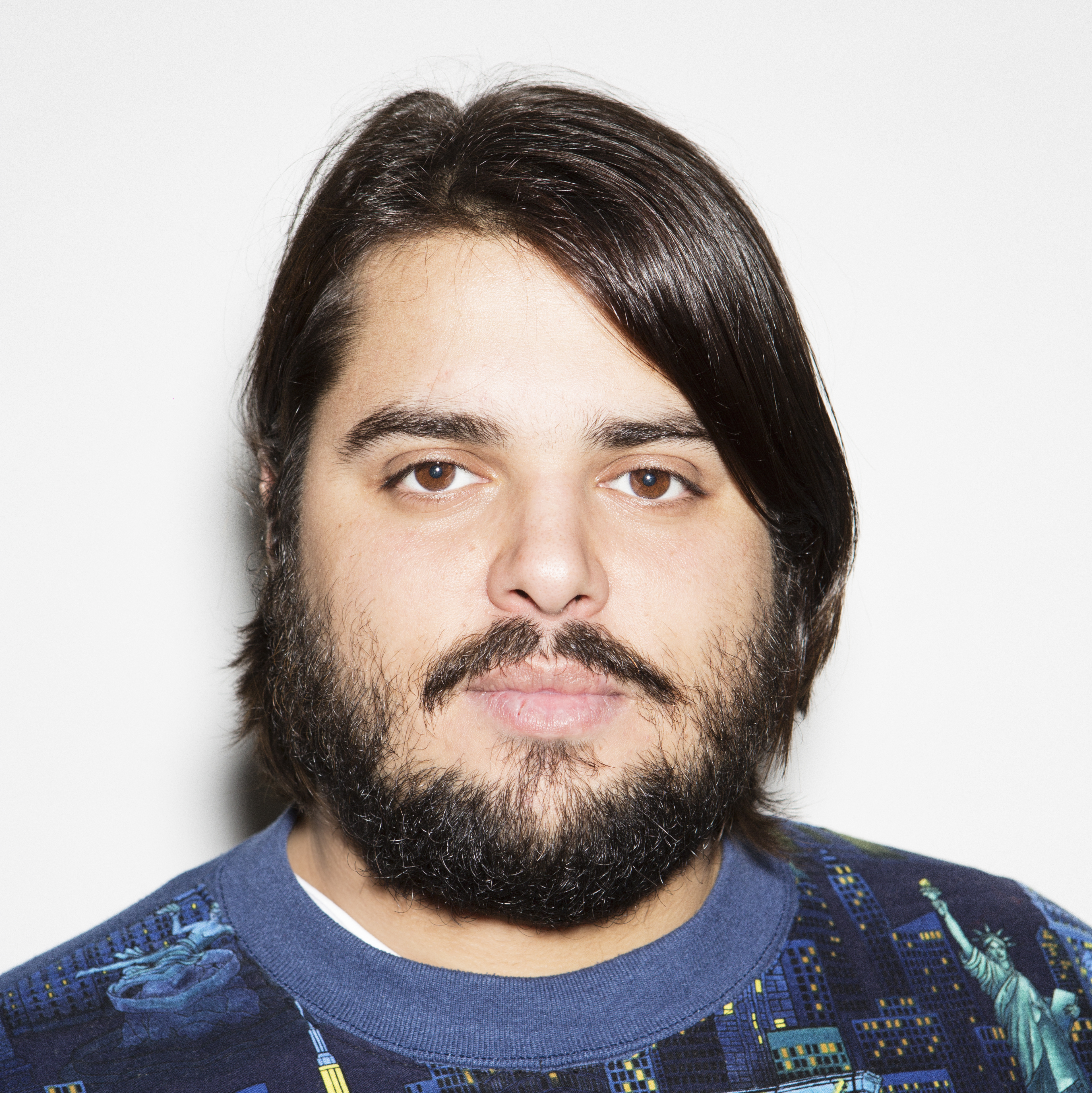 Brays Efe is like a fish to water between the underground and the mainstream. Born in Las Palmas de Gran Canaria, raised between Galicia and La Rioja, he moved to Madrid to study Audiovisual Communication. As an actor, his work includes Paquita Salas, a series by Javier Calvo and Javier Ambrossi for whose acting he received the Feroz Prize in the first season. He has written and directed his own short films, has presented different online formats such as ‘El Tea Party de Mario y Alaska’ and ‘Yasss’, has collaborated in media such as ICON, Vice or I-D and in programs such as ‘Antes de que sea tarde’ and ‘A vivir Madrid’ of the SER radio station. In ‘Tu cara me suena’, aired by Antena 3, he conquered millions of spectators every week becoming Sara Montiel, C. Tangana or Netta. After two months using the sold out sign at the Lara Theater, he continues to represent ‘Las cosas extraordinarias’, a play by Duncan Mcmillan that he stars, directed by Pau Roca.

Andrea Gumes (1987) political scientist and journalist. Co-host of the Ciberlocutorio podcast and the daily afternoon Radio Primavera Sound show ‘Tardeo’. Hostess of the Catalan television Betevé show ‘Tube d’Assaig’. She wrote the horoscopes for Vice Spain, now in Vogue Spain. Author of one of the stories of “Ya no recuerdo qué quería ser de mayor”, anthology published by Temas de Hoy (Planeta).

Film director born in Santiago de Compostela in 1973, Zarauza began his film career in 1994 shooting several short films and coordinating professional workshops throughout Europe for the Media Business School. In Madrid, together with Cuban producer Harold Sánchez, he founded the production company Iroko Films, holding the position of project development director until 2008. In 2004 he wrote his first film “A ilha da morte”, awarded as best feature film script at the Trieste festival. In 2012, he directed two films: Encallados and Os Fenómenos and he is currently working in the post-production process of “Ons”, his fifth feature film.

Journalist by vocation, emotion and commitment. She began with the words and ended with the images. Images took her to small and large places in search of stories that are never small. Between newsrooms and studio sets, life was happening. For seven years she tried to understand the world and the country from the Vía V show. In 2013 she received the Mestre Mateo award for the best communicator. For three years now she has been directing Voz Audiovisual. The last adventure, Néboa.

(Vigo, 1990) Graduated in Communication Science at the Fernando Pessoa University. He has worked as a screenwriter for Andreu Buenafuente and developed different formats for the production company El Terrat; He has also worked as a screenwriter for the digital platform Megamedia, and in TVG productions such as Land Rober. As a professor, he has worked at the Voz Audiovisual Audiovisual School of Fiction and is also a collaborator in several radio and written media (Radio Gallega, yasss.es). He is also close to music production from different perspectives, being a member of bands like Bifannah or Wild Balbina and devising and producing video clips for different bands and record labels.